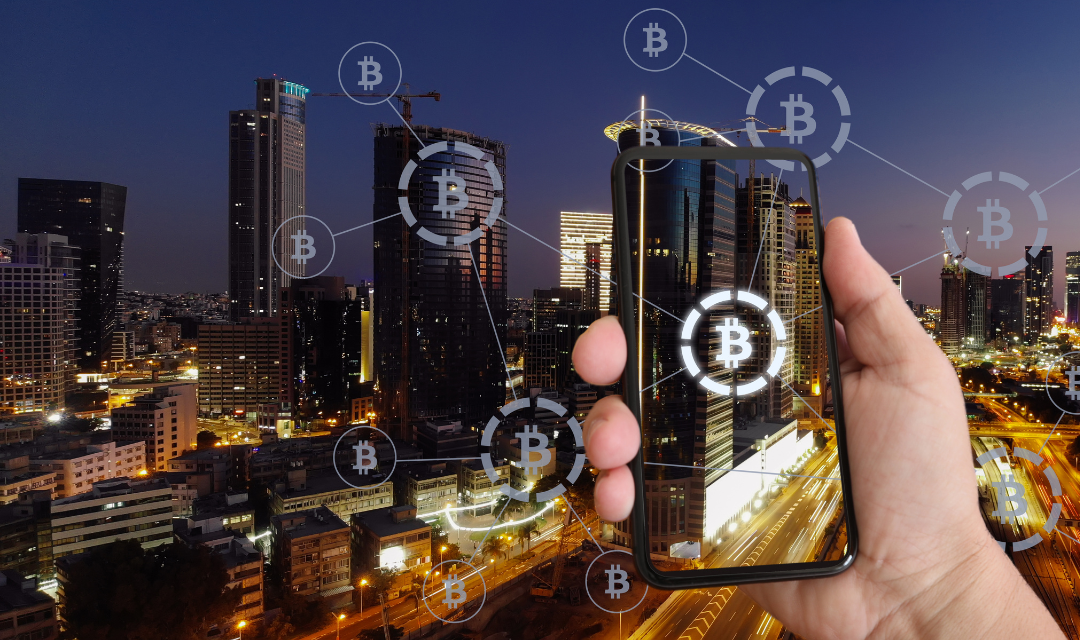 Bitcoin (BTC) continues to pique the interest of new and long-time investors alike, along with many other cryptocurrencies, because of its popularity on social and mainstream media.

It’s almost impossible that you haven’t already heard of Bitcoin— you’ve probably shown interest in it or you’ve already purchased and added it to your portfolio.

But there is a side of cryptocurrency that doesn’t always make the news: mining.

There are countless resources online that can educate you on crypto-investing so I’d like to focus on how cryptocurrency is “created,” specifically Bitcoin Mining.

Trading vs. Holding vs. Mining

Within the cryptocurrency community, there are three major camps that one can follow when it comes to potential ways to earn over time. It all depends on your goals and trading philosophy.

The first group consists of traders who take advantage of market volatility to make profits. They practice strict risk management to be consistent, much like stockbrokers or day-traders.

The second are long-term investors, also known as HODLers. Starting as internet jargon, it is said to jokingly mean “hold on for dear life”.

These investors believe in the long-term value of Bitcoin and that its price will increase notably over the years, so they don’t trade it – just hold it. For the last four years, I have done this as well.

The third group falls within what I’ll be discussing today: miners. These are individuals or organizations who have invested in hardware equipment so that they participate in the process of mining Bitcoin.

Those who participated in the early-adoption of Bitcoin back in 2009 were rewarded greatly. Someone who successfully mined just one Bitcoin block— and held onto it since 2010 — would have $450,000 worth of bitcoin in their wallet in 2020.

Bitcoin mining is often referred to as the “modern day gold-rush.” Much like gold, Bitcoin is a commodity. Virtual currency such as Bitcoin have been determined to be commodities by the U.S. Commodity Futures Trading Commission (CFTC).

But unlike most commodity-dependent industries, Bitcoin has a particularly interesting supply pattern. When the price of an underlying commodity goes up, like gold or copper, then supply of that commodity generally tends to increase its production to keep up with demand.

This is not the case with Bitcoin. In fact, supply is increasing at a slowing rate. This is because of the unique mechanism within Bitcoin’s underlying technology, blockchain, called “halving”.

The first bitcoin block, known as the “genesis block,” yielded 50 bitcoin. But after every 210,000 blocks are mined (about every four years), the reward is cut in half.

The maximum bitcoin supply that can ever be mined is 21 million. That means that half of the total potential supply was generated within the first four years after bitcoin’s launch. 93.75% of the total supply will be mined before the next halving in 2024. Which points to one major thing.. scarcity.

Bitcoin’s limited supply holds a huge advantage. It keeps the cryptocurrency scarce, theoretically ensuring that its value holds steady for years to come.

It’s for this reason that Bitcoin is often called “digital gold”; like gold, there’s only a certain amount of Bitcoin in existence. That scarcity is building.

The rush may be slowing down but the opportunity is far from over. The rewards system for miners is expected to continue until the year 2140, when the proposed 21 million limit for Bitcoin is reached.

Be An Early Investor in the Technology of the Future

To put things into perspective, there is still 118 years until the programmed limit for Bitcoin is reached.

Then how should we approach this 21st century commodity?

Bitcoin Mining gives us the chance to be an active participant in the market instead of a mere bystander affected by its fluctuations.

I propose that we approach this emerging opportunity with the same tried-and-true framework that we’ve found success with: a syndicated investment fund.

In my last newsletter, I talked about the “real world assets” that we aim to invest in here at Match Real Asset Partners and I briefly mentioned our Bitcoin Mining Funds (506c). Currently, I am working with two operators on two respective funds, Stellar Forge Capital and 10NetZero.

These coins will be immediately sold to US Dollars and US Dollars will be distributed to investors on a monthly or quarterly basis. The term of this fund will be an initial 3-year period with two 1-year options to extend.

At completion of the period, the equipment will be sold and all remaining dollars will be distributed to investors.

The second fund with 10NetZero involves the unique component of crypto mining powered by flared gas. How does this work? When drilling for petroleum resources, natural gas is often discovered but due to a lack of resources or pipeline availability, a massive amount of natural gas is vented into the atmosphere or burned (called flaring).

With 10NetZero, our fund will own the server containers, the mining machines, and the generators to produce electricity with the once flared gas. We will also mine Bitcoin, sell it to US Dollars, and distribute the US Dollars to investors either monthly or quarterly.

Although there are concerns for mining regarding energy consumption, there are emerging regulations and approaches to mining cryptocurrencies through renewable energy and innovative solutions.

Crypto mining companies are often located near power sources that are being wasted to feed their power-hungry computers. Crypto mining can also be a catalyst for new renewable energy projects.

I recently came across a study about “Mining bitcoins with carbon capture and renewable energy for carbon neutrality across states in the USA”.

Is there a possibility of combining the best of our existing funds? With the exponential growth of technology (and the opportunity it brings), who knows?

What Actions Can You Take?

If you’d like me to put you on advance notification lists for investment opportunities that meet your goals and interests, please complete my Investor Questionnaire so that I can send you opportunities that interest you and not ones that will just clog your inbox.

Are you ready to see what investments might work for you?

Fill out this Investor Questionnaire to get started or set up a call with me.

Are you ready to see what investments might work for you? Fill out this Investor Questionnaire to get started!

Next Bitcoin– a commodity, currency, or all the above?