What makes helium so rare? 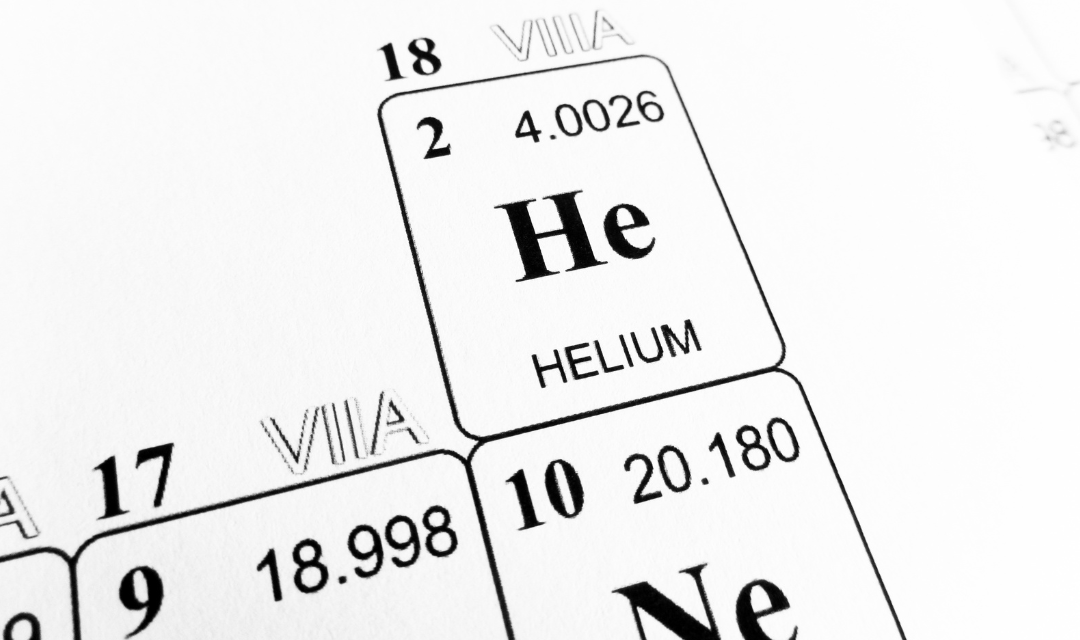 I’ve mentioned that there is an ongoing, global helium crisis which begs the question: what is affecting supply and demand?

We talked about socio-political drivers in our last newsletter so today, let’s dive into the science behind this shortage.

What makes helium so rare?

You might remember from your 5th-grade science class that helium is the 2nd lightest element after hydrogen. It’s usually found in gas form and turns into a liquid below negative 452 degrees Fahrenheit.

Helium is also the second most abundant element in the universe and can be found in our stars, planets, and even our moon — but it’s quite rare on Earth.

Helium is the only element on the planet that is a completely nonrenewable resource.

On Earth, this element is formed as a gaseous byproduct of ancient uranium and thorium that has decayed over billions of years and is trapped beneath the planet’s surface. There’s no way to expedite the radioactive decay process.

Helium is lighter than all other substances, so most of it hits the surface of the earth and floats away into outer space.

What happens to the remaining helium?

The rest of the helium gets trapped in pockets of natural gas, where it can be extracted. There are various sources of helium but natural gas is currently the only commercial source.

How is helium mined?

Helium is extracted along with natural gas, using a drill rig to drill wells deep into the earth’s crust. A drill rig penetrates a layer called the Cap Rock to reach a natural gas reserve.

This is the methodology and technology behind Match Real Asset Partner’s syndicated fund. We will be purchasing a natural gas field with high concentrations of helium and will invest in the cryogenic processing equipment to separate the helium to get it to market.

We will own mineral rights for the field and the production wells, which gives us a working interest in the production of natural gas, so all our
equipment depreciation, as well as intangible drilling costs, will be able to offset taxable ordinary income, including W-2 income.

Who are the global helium suppliers?

In our last newsletter, we talked about how the U.S. government has historically employed economic and national security policies to maintain its position at the forefront of the global helium market.

While there have been many attempts to privatize the U.S. helium industry, there is still not enough supply to meet demand.

A four-month maintenance outage, starting July 1, 2021, of the US Bureau of Land Management’s (BLM) Crude Helium Enrichment Unit (CHEU) removed more than 10% of worldwide capacity from the market.

A 2020 analysis estimated that the U.S. supplies 43% of helium globally. Between 21% and 30% of the U.S.- produced helium derives from the Federal Helium Reserve, depending on the year.

Second to the U.S. is Qatar which supplies 32% of global helium. Russia is projected to be the third largest supplier with a 28% share by 2025.

As other countries ramp up production, the U.S. production share will decline to 35% by 2025.

The shortage will only continue to become more of a pressing issue as time goes on, but it brings great opportunity. Match Real Asset Partners will be part of the growing privatization of the U.S. helium industry!

Schedule a call with me to get started!

Previous What’s driving the global helium shortage? Next Why Carbon Capture is Your Investment in the Future